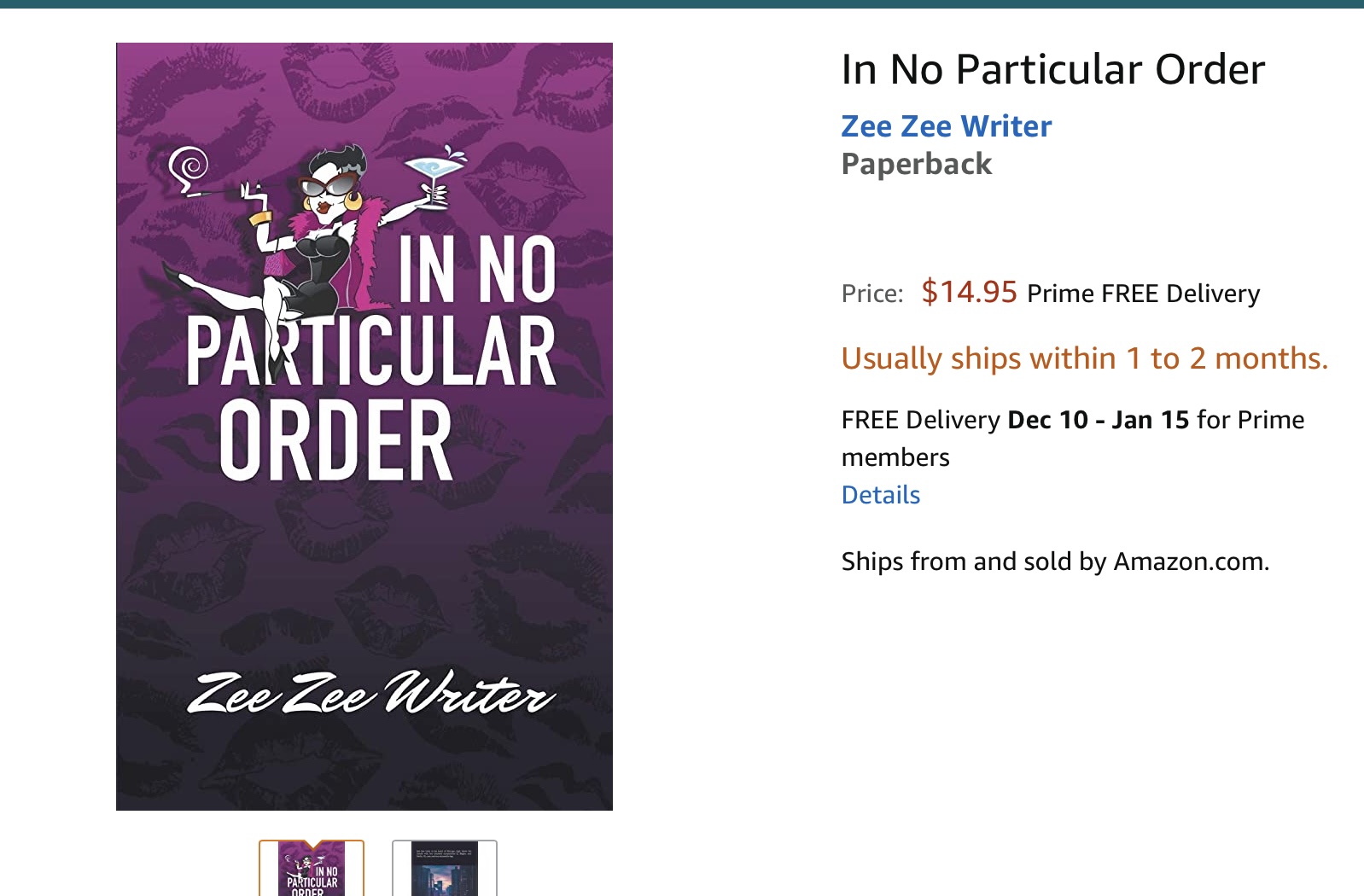 Zee Zee Writer sleeps by day and writes by night spinning tales of lust and longing and other things relevant.

Her employees, Q, Biggie, and Stella, keep her out of harms way, but her love for Chef's keep her in the soup.

Zee runs into a situation in Nordstroms 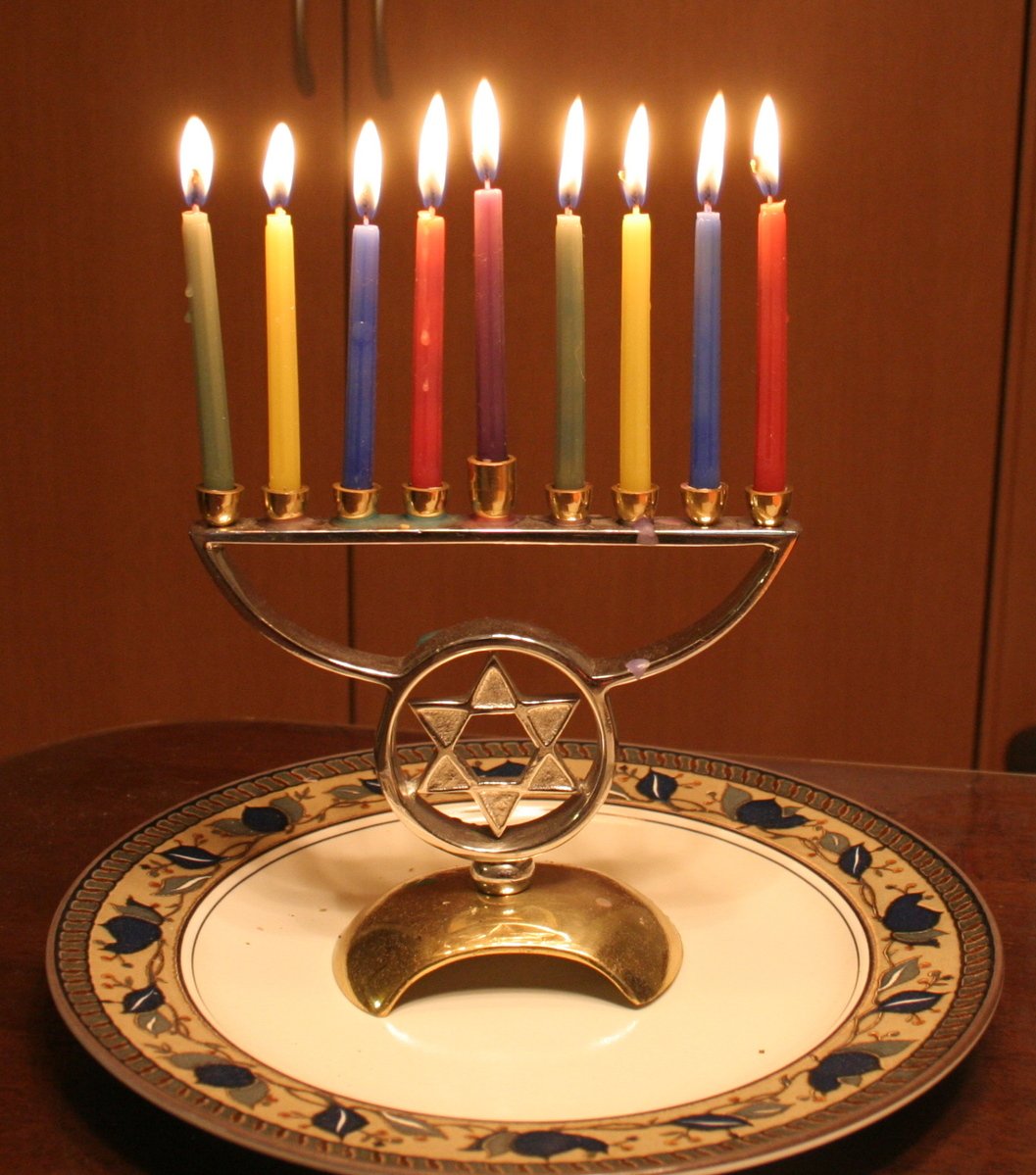 Monday is not a good day to encounter a short, Jewish man, sans pants, carrying a gun, in the middle of Nordstroms. Monday is hangover day. I ignored him and continued walking towards the escalator.

He repeated himself. "Stop, or I'll shoot!"

I slipped out of my mink coat and faced a man wielding a gun. If I'm going to take a bullet in the chest, I see no point in fucking up a perfectly good fur coat. I can mend--mending a mink coats a fortune.

He looked past me. I was not the object of his angst. I felt slightly better.

Except for being naked from the waist down, he was well dressed, suit coat, pressed white-on-white shirt, and expensive cuff links. I felt sorry for him standing there with his .357 Magnum in one hand and trying to hide his derringer-sized dinky with the other.

Of the twenty-odd people standing at attention, one woman reacted. "Manny, you putz, what the hell are you doing here with your tuchis hangin' out?"

An audible groan coursed through the assorted hostages. Now was not the time to call Manny, the gun-wielding nut, a putz.

I quickly surveyed the area for something or someone to hide behind when I saw a bald, perfectly shaped head poke through a rack of topcoats. He smiled and winked at me.

Of all days for me to be in the men's department of Nordstroms ---- just when zippy, the dickless wonder, decides to settle a score with Mitzy, the knockoff queen.

And I wouldn't be in this particular predicament (emphases on the dick part.) had I not agreed to accompany Q to pick out the perfect neckwear for a shindig.

Q made his way past rows of merchandise commando-style until he'd situated himself behind the perp.

Back to Mr. Meshugeneh and the case of the martial confrontation.

She continued. "Are you happy now, ya jealous mamzer?"

"You shut up, you...you ..." In his frustration to find the perfect name to call her, he fired off two rounds above her twenty-thousand-dollar facelift.

We all hit the dirt. I hate lying prone in my favorite department store; it did nothing for my image as a local celebrity. Someone would pay for this humiliation, and his name began with Q.

A young man, dressed in designer jeans and a Mark Shale button-down shirt, lay next to me trembling. I threw my leg over the top of him, shielding his young body from stray bullets. He smelled of Hugo Boss, fear and ... urine.

"Sorry," I whispered, "I thought you were my nephew, Steve."

Q shot me a cautionary look; I flipped him the bird.

Mrs. Manny started again, "Have you gone completely flaklumpt? Morris is just here helping me buy you a new suit for your birthday."

"You Twa...twa..." he stammered as he raised his firearm.

Before I could explain my lack of understanding for all things Yiddish, his wife proceeded.

"Dahling, Morris is your size, right down to the wingtip shoes," she said. "Except for his shmeckle, it dresses to the left."

Under normal circumstances, I avoid meddling in other people's affairs but staring down the business end of a gun barrel while two dimwits work out their marital crap surpasses normal. I hoisted myself up as gingerly as one can in a skin-tight skirt and three-inch sling-backs and draped my mink around our captor.

"Hey, Shmindrik," I said, "drop the tough-guy routine before you trip over your balls and accidentally shoot someone."

As I spoke, Q walked up and disarmed Mr. Adelman. His wife slapped him hard in the face, then dissolved into his arms. Love, go figure.

As it turned out, Manny overheard his wife setting up what he believed was a tete-a- tete with Morris, his arch-rival on the Mahjong circuit. Deliberately tearing the hem of his slacks, he sat in a dressing room, hoping to catch the couple in flagrante delicto.

The moral of the story, if you're going to have your pants altered, keep your jockey shorts on.

I walked two blocks to Snickers for a taste of the big dog that bit me. Q went downtown to fill out two hours of paperwork. So much for buying a tie on Monday.


(In Honor of Hanukkah)
Pays one point and 2 member cents.


© Copyright 2021. zeezeewriter All rights reserved.
zeezeewriter has granted FanStory.com, its affiliates and its syndicates non-exclusive rights to display this work.