She is a top ranked author and is currently holding the #40 position.

She is also an active reviewer and is holding the #50 spot on the top ranked reviewer list. 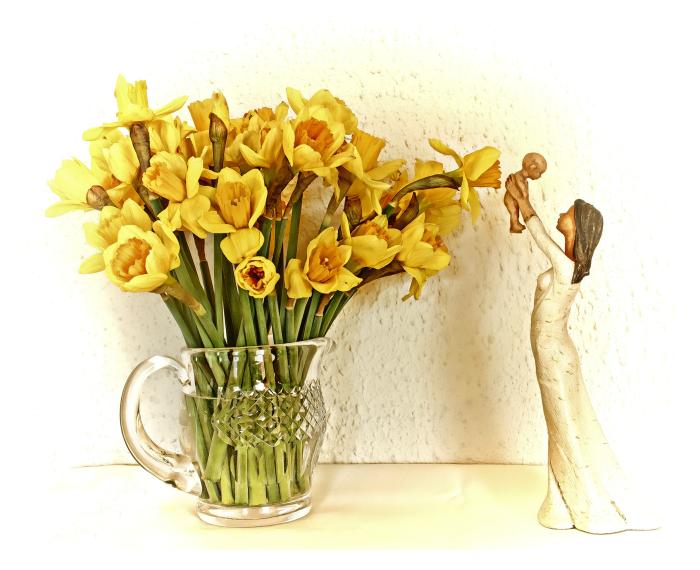 I will definitely say the most special time in my life, the most remembered time was with during the birth of my daughter.

Yes, I was one of those ones who survived a shot gun wedding, but the outcome was fantastic. The pregnancy was rather uneventful. I did the required physician visits after I learned that I was indeed pregnant.

I didn't learn about this blessed event until I was between five and six months along. I had been nauseated but no actual vomiting. I guess because I had had irregular periods, I didn't even think about it. My boyfriend at the time didn't either. Boy were we both in for a surprise.

Because of my home situation, it was wiser to do this, than to arrange for an appointment with my own family doctor. At least, this guy could tell me what was wrong, how to fix it and keep his mouth shut.

We arrived at the doctor's office and the receptionist recognized my boyfriend and greeted him by his first name. She then asked us why we were there and of course he told her of my ongoing nausea and that we just wanted to get things checked out. We waited our turn.

When I was called back I went to the examination room alone. I spoke to the doctor and after an internal exam he suggested I call in my boyfriend after I dressed. The nurse went to retrieve him and we both waited.

Soon the doctor came back and greeted him. Then he dropped the bombshell, I was pregnant and almost six months. Silence overtook the room. We had both been so careful. We were shell shocked.

Suddenly before my eyes, he dropped to one knee and asked me if I would marry him. I teared up and nodded 'yes'. The doctor was surprised as well and commented 'that he now had a wedding to go to.'

We were married a week later by the justice of the peace, it was a simple wedding with his parents, my uncle and cousin and the doctor with his wife.

I was checked on a regular basis and with my last visit I was told that I had started to dilate and was probably going to go into labor within 48 hours. Back in those days, it was common practice to have the new-to-be mother cleansed out, so I had to suffer through the effects of castor oil mixed with orange juice. Yummy. Not. It sure did the trick.

Ironically, we lived in an older house and our apartment was on the second floor. We had an apartment across from us and then there were two on the ground floor. When I was about ten minutes apart with my contractions, we had to get people to move their cars so we could get out. We left among the shouts and wishes of the many people partying in one of the lower apartments. We only had a few minutes to get to the hospital.

Now you have to remember that this was before the time that husbands were allowed in the delivery room, in fact nobody was allowed and before regular ultrasounds were done to determine the gender of the baby. If there was something wrong, then an ultrasound was done to check the problem. Because the doctor had told me it was probably a boy shortly after my first visit, we were anticipating a son.

My husband was in the waiting room and I was rushed to the delivery room, where I was assured that my doctor was indeed on his way. The baby was actually crowning when he arrived. I think it was a little late to consider an epidermal. Anyway the baby was literally born into his hands. He advised me of several things, first it was a girl, second he was wrong so he would write off the hospital bill in its entirety, and third that I could expect a dozen roses of my color choice. Then he called my husband to the room to welcome our daughter.

She was beautiful, eight pounds of beautiful. We were proud and in awe. Then I was whisked to my room, with her by my side and I was pampered for ten wonderful days.

A special thank you to avmurray for the artwork 'New Life'
Pays one point and 2 member cents.


© Copyright 2021. aryr All rights reserved.
aryr has granted FanStory.com, its affiliates and its syndicates non-exclusive rights to display this work.