I have worked in IT in the banking industry for over 30 years, working in Hong Kong, Tokyo, New York, London, Mumbai, Bangalore, and Tampa. I always enjoyed writing since high School. I am currently publishing daily advice and short stories on my bl - more...

Every day is a happy day if you look at the bright side .

Everyday can be a Happy Day 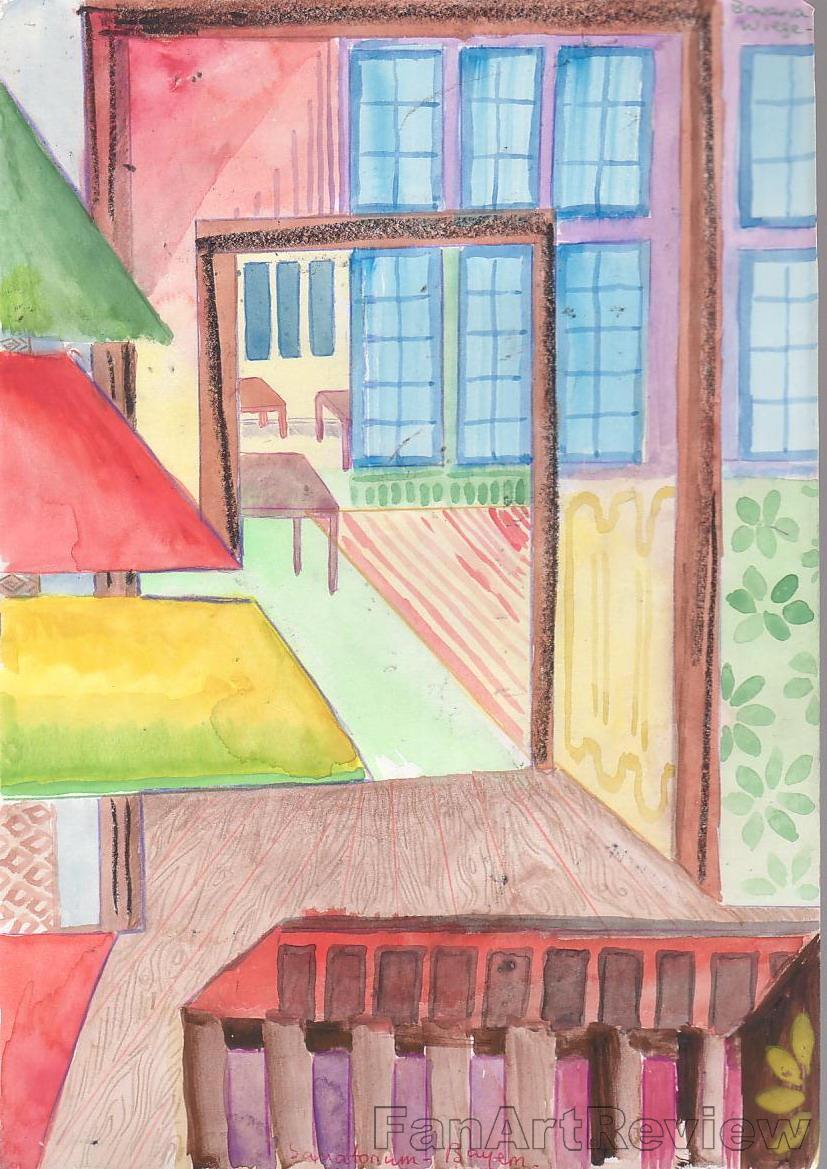 Next day, I have a morning flight to catch. This afternoon, I took my wife to the doctor's office to ensure she was not due to give birth soon. Our doctor laughed at us saying that although my wife looked very big, it would take a few more weeks before it was due. My wife not only looked big, she needed help to get up from her seat. However, we both felt comfortable that I could take the business trip.

For the past four years, we went through a lot of medical practices to have a baby. Yet, there was no good news for a few years until now. I hated to follow a schedule to make a baby. It made me nervous and destroyed all the fun of love making. Finally at the time of giving up, my wife told me she was pregnant. Although we wanted to know whether we were going to have a baby girl or a baby boy, such medical facility was not available in Asia. We just had to wait. We both prayed to God to bring us a baby girl.

My wife loved fish but I did not like the fishy smell. In order to please my pregnant wife, I went along with it and pretended I have changed my taste and grew to love fish. The stall keeper tried to sell us the most expensive fish such as deep sea life grouper. My wife liked grouper. We ended buying a grouper about two pounds, and one pound life shrimps. I loved oyster but she did not like life oyster since she got pregnant. It took some convincing statements with the support of the stall keeper, before she allowed me to buy one dozen.

We had a nice seafood dinner with a bottle of chardonnay. Both of us were overjoyed to be starting a family and believed marriage without children wasn't complete.

We knew each other when we were about ten years old. We lived on the same street. I still remembered I used to climb up to the roof floor of my 4-story building to watch her come out of her building to go to school in the morning. As soon as I saw her, I rushed downstairs to join her walking to school. Sometimes I tried to hold her hands but she always without fail let go off my hand. After school, we played in the park in our neighborhood. It might sound silly but it was true we just ran around chasing each other. Occasionally we swung on the swings and tried to compete who was able go up higher.

Because my family moved to another location, we were separated for a few years until one day we ran into each other in front of a theater. The theater was showing the movie titled "The Best of Everything" with Suzy Parker, Joan Crawford, Hope Lange, Stephen Boyd, Louis Jordan and Robert Evans as actresses and actors. We ended watching that movie together. Since then, we started dating.

We both admitted that was our first love and we got married early. She was twenty one and me twenty two. Here we were after four years of marriage and were ready to be parents.

After dinner, we put on the music and started dancing. While we were dancing, she felt a little pain. We stopped and I accompanied her to the bedroom. She lay down on the bed and tried to sleep. I went to take a shower. While I was taking the shower, I heard her scream. I quickly dried myself and went to the bedroom to find out what happened.

"I need to go the hospital and the baby is coming," she cried.

I immediately drove her to the Hospital. Life seemed to go against me. I hit every red light. Although she was screaming by my side, I dared not jump any red light. We lived in Kowloon side and the hospital was in Hong Kong Island. There was no tunnel. We took the ferry boat to cross the harbor. While we were in the ferry, she was screaming out of pain. Luckily, there was a doctor in the same ferry. She came over and told my wife not to worry. Everything would be fine. If anything happened in the ferry, she would be willing to help.

As soon as the ferry docked, I drove her to the hospital. One of the nurses in the hospital blamed me for taking her there late. She said, she has informed the doctor to come over. He should be in the hospital any minute. Meanwhile, another nurse already rolled my wife to the operating room.

I did not care what the nurse said. I already did everything I could to bring her there as fast as I could. Also, I remembered clearly what the doctor said in the afternoon. It wasn't due till a few more weeks. At this moment what I cared the most was what was happening in the operating room.

Every minute of wait time was like days or months or even years. Suddenly, I remembered I needed to call my parents and my wife's parents that my wife was in the operating room.

Within an hour after the phone call, both my parents and my parents-in-law arrived. We all waited outside the operating room. The two mothers appeared to be talking nicely about who was going to take care of the baby. In reality I knew they were not talking but arguing who had the right to attend to the baby first. I had no interest to get involved in their conversation but walked slightly distant away from them. My father and my father-in-law were busy in their own conversations.

All of a sudden, we heard a loud crying voice of our new born. We all looked at each other with joy. I said, "It 's a girl." No one wanted to argue with me.

We waited patiently for the nurse and the doctor to come out with a baby and tell us whether it was a baby boy or baby girl. But no one came out for some time.

My parents became worried but my parents-in-law calmed them. I told myself everything would be fine. It seemed a little unusual for the nurse and doctor to take so long to come out. My mother started to pray. My mother-in-law being the crying kind, her eyes started to get wet.

Finally the nurse came out and said, " Mr. Chan, there is another baby coming." She immediately went back to the operating room. I was shocked and speechless. Both parents looked at each other without a word of any expression.

The ten minutes of waiting time felt like a life time. Finally there was another loud crying voice of a baby. I was then relieved. This time, within a few minutes, two nurses came out with two babies and one of them said,"Beautiful twin girls." They handed one each to my mother and my mother-in-law. My mother counted the baby's fingers, and toes and she said, "Mine is fine." My mother-in-law saw that and she counted them too and said the same thing, "Mine is fine."

The doctor said to me, "Mr. Chan, the second one was breech. Thank God, she is safe. I am going to charge your delivery fee for one and the second one is a bonus."

I shook the doctor's hands and thanked him.

After that, I dashed into the operating room and said to my wife," I love you. We have TWO girls."

She replied, " You can go to the conference trip tomorrow. There will not be any fight between our two mothers. They can each carry one home."


Birth is a happy event. It is always a great happiness for the baby and their parents. Not only that, a baby brings more joy to their grand parents. Friends and relatives also can get a piece of the joy too.

The birth day of twin girls is definitely one of my happiest days in one's life.
Pays one point and 2 member cents.


© Copyright 2021. Goodadvicechan All rights reserved.
Goodadvicechan has granted FanStory.com, its affiliates and its syndicates non-exclusive rights to display this work.